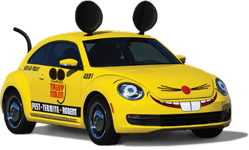 In the wrong place at the wrong time, a wasp or bee problem can be serious. If you think you may have an infestation, Truly Nolen Charlotte can help by first determining the extent of the issue and taking the necessary steps to solve the problem.

Although at first discovery, you may be worried about your family’s safety, it’s important to remain calm. Truly Nolen Charlotte technicians understand your concerns and are ready to help you as quickly as possible.

Our first step will be to speak with you about your observations and determine the most common areas you’ve come in contact with the insects.

How to: Wasp Nest Removal

If you've ever found a wasp nest on your property, you may have been tempted to take matters into your own hands and remove it yourself. After all, how hard can it be? Just knock it down, right? Wrong. Wasps are nothing to mess around with, and attempting to remove their nest without professional help can be extremely dangerous.

First and foremost, wasps are aggressive creatures that will not hesitate to sting you if they feel threatened. Taking on a wasp nest by yourself is also likely to anger the wasps living inside of it. When wasps feel threatened, they release what's known as an "alarm pheromone" that essentially puts the entire nest on high alert. This pheromone will cause the wasps to become even more aggressive, increasing the likelihood that they'll sting you.

Attempting to remove a wasp nest without professional help is also simply not effective. Wasps are highly skilled architects, and their nests are notoriously difficult to destroy. Even if you manage to knock it down, the wasps will simply rebuild it—and they'll be even angrier than before. Just give us a call. 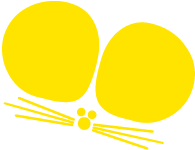